BILLY THE KID: THE LEGEND OF EL CHIVATO is available from Sunstone Press and your favorite bookseller.

"Grand River Highway is terrific. I couldn't put it down. Now I'm on my second read. I am awed by her talent and bravery. I love her attention to detail. It is so entertaining. She has achieved something beautiful." Bonny Holder, Author & Actress

Grand River Highway "makes for compelling reading. I had trouble putting it down. I give kudos to Elizabeth as a writer for having the courage to offer such a deeply personal account of the mire she was raised in. This book is a must read for every woman on a similar path." Kelly Meister, Author

“She takes familiar elements and makes them startling and new through the dazzle of her prose and the humanity of her forgiving gaze.” Ed Gorman’s Blog

“In clear and crackling prose she recreates the ambience of the Southwestern frontier [with] sympathetic, realistic characters.” El Paso Times

BILLY THE KID: THE LEGEND OF EL CHIVATO

“Events emerge as compelling tragedy laced with irony and fueled by friendship, loyalty, and love. Most memorable is Billy himself. The Kid and the time he lived in come off the page and capture the imagination.” Kirkus Reviews

“A magnificent achievement in historical fiction.” Western Writers of America

“She writes with a perfect honesty that makes everything real.”
Richard Wheeler

“Perhaps there is more to Fackler’s sociology than we care to admit.”
Albuquerque Journal

“This very unusual western takes its inspiration from Last Tango in Paris rather than Dry Gulch Ambush. It’s full of intriguing characters that are surprising rather than predictable.” Booklist

“The plot is gripping, the action swift and suspenseful, the writing powerful.”
Library Journal

“A woman writing Westerns is unusual enough, but to use the genre for more literary purposes takes courage. Fackler writes well, particularly realistic dialogue, and has her historical facts well ordered. She has created an unforgettable character in Seth, and an even more intriguing one in Joaquin.”
El Paso Times

“Fackler weaves a captivating tale of Western life, ingeniously mapping a tale of intense love and friendship between Seth and Ben, [and] presents a side of the macho cowboy not often seen in westerns by developing an intimate relationship between Seth and his son. Innovative attention to character development places this book on the cutting edge of new westerns.”
Kirkus Reviews

“Fackler’s expertise in presenting solid historical research in such an entertaining manner is a tribute to her knowledge and experience.”
El Paso Times

“The Strummar series succeeds at being more than a standard western shoot-‘em-up. Seth is an outlaw by nature and chafes at civilization’s conventions. His struggle to suppress his nature makes this novel unusual and worthwhile reading.”

“Fackler has written an engrossing story with one of the genre’s most unique protagonists.”
Tulsa World

“Once again, Fackler demonstrates her mastery of character-driven westerns in which women are the self-aware, self-reliant, and ultimately stronger players.”

“Fackler has a keen sense for dialogue and period, and a classic, clipped prose style.”

“Both Lily and Claire are authentic cases of Western pioneer women who attained strength and autonomy in middle years if the hardships of their youth didn’t kill them first. Texas Lily delivers lots of action, gun fights, intrigue, jail breaks and, as an added bonus, strong women and a happy ending.”
New Mexico Magazine

“Texas Lily portrays the West in the gritty, rough fashion that was true to the times.”
Wichita Falls Times/Record News

“A gritty drama with a plot only slightly less complex than its leading man ... a compelling psychological thriller ... a wholly satisfying read.”
Romance Reviews Today

“A romantic suspense tale inside an admirably credible sleuth story.”
The Best Reviews

“A story with complex characters that will appeal to fans of psychological drama.”
Booklist

“An intriguing thriller.” The Best Reviews

“A page-turner with appeal for both mystery and true-crime fans.” Booklist

“First-rate suspense combined with Fackler’s nuanced portrayal of a charismatic yet deeply flawed hero make this a compelling series.” Booklist

“Her dialogue is always right on the mark and her descriptive passages lyrical.”
Southwest Bookviews

“Fackler’s elegant prose is a pleasure to read.”
Booklist

“Fackler is a fine writer with an accurate ear for dialogue, and she never allows her thesis to get in the way of the story.”
New York Times 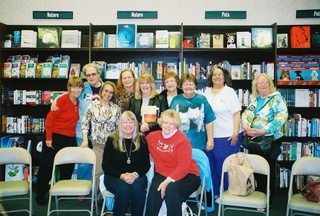